James Saunders, who has died aged 79, was one of the most distinctive voices to emerge from the wave of new British playwrights of the late 1950s and early 1960s. Saunders used drama to play with philosophy, psychology, history and the vicissitudes of language, a style which put his early work alongside peers such as Harold Pinter, and made him a prime influence upon Tom Stoppard. Like them, he loved word play and paradox, writing dialogue that was erudite, whimsical and honed to a sharp edge, particularly when discussing sex, the family or voguish values.These themes were fruitfully examined in an unlikely West End hit, Bodies (1977), where two once-close couples undergo an uneasy reunion evening in the wake of primal scream therapy. Inspired to write initially by Ionesco, Pirandello and Beckett, Saunders often mocked pretension while making far-from-routine existential inquiries, and took delight in subverting theatrical conventions. Early in his career he told an interviewer: “If there’s any theme that runs through my work, it’s the absurdity of finding logic in anything at all.”

Saunders was born and raised in Islington, north London, in an atmosphere of “class enmity, unemployment and poverty”. His mother was the daughter of a house-keeper, and his father, a former soldier who had survived the first world war, had, after spells as a presser, dyer and mail-sorter, settled as a house-painter. Saunders inherited something of his father’s restive spirit. Aged 15, he began work as a coach-builder, then joined the navy, serving in the torpedo division in the Arctic during the second world war.

When war ended, he read physics and chemistry at Southampton University, where he met his future wife Audrey Cross at a fancy-dress party, which he attended dressed as “red tape”, swathing her in scarlet ribbon as they danced. In the early 1950s, Saunders started work as a chemistry tutor at Davis’s crammer in Holland Park, London, and began writing his first dramas in his spare time, mostly for radio at first. An absurdist dialogue, Alas Poor Fred (1959), was staged in Scarborough, then a further trio – Committal, Barnstable and Return To A City – were presented as Ends And Echoes at Ealing’s Questors Theatre, an amateur company that provided an outlet for new dramatists in the years before the rise of fringe theatre.

A full-length work for the 1962 Questors New Plays Festival, Next Time I’ll Sing To You, was his breakthrough – a hugely inventive, freewheeling piece of theatre, loosely telling the life story of Alexander James Mason, the Great Canfield hermit. Saunders wrote it with its original cast in mind, among them Peter Whelan (subsequently a notable dramatist in his own right) and Lawrence Irvin (a frequent creator of roles for Saunders, both as actor and director) as Meff, a comic tour-de-force that requires the actor to open the play by fluffing a lecture, leave the stage to chat to the audience and tell a string of bad jokes.

The play’s daring blend of existential crisis, bittersweet reverie and surreal music-hall humour – with characters experiencing the action as a kind of Groundhog Day recurring dream and wandering off the text to question the nature of identity and drama – was invigorating and skilfully crafted.

Producer Michael Codron. staged it professionally at the Arts Theatre in January 1963, where a stint as Meff marked the West End debut of Michael Caine. But it was not until it switched to the Criterion and found champions in critics such as Bernard Levin and Harold Hobson that its success was assured. “A witty and gifted writer has unquestionably arrived.” wrote Kenneth Tynan when the show transferred to Broadway.

In 1964, Codron staged A Scent Of Flowers, which won Saunders the Evening Standard award for Most Promising Playwright and enabled him, at 38, to finally quit teaching to write full time. His next West End hit was an adaptation of Iris Murdoch’s novel The Italian Girl (1967).

Saunders’ signature salad of the surreal and the cerebral soon found enthusiastic takers all over the world, particularly in France and Germany, where he was held in higher regard than at home. It was at a writers’ workshop, the Literarisches Colloquium, in Berlin in 1964, that Saunders mentored an early admirer, the young Tom Stoppard, who was starting work on Rosencrantz And Guildenstern Are Dead.

After an unhappy experience with a large-scale show for children staged by the National Theatre – The Travails Of Sancho Panza (1969) – Saunders turned to the immediacy and intimacy of fringe theatre in the 1970s and his work became more experimental. He began writing for Ed Berman, founder of the Almost Free Theatre, who staged Games (1971), about the My Lai massacre, and After Liverpool (1971), a comedy of sexual politics that took inspiration from RD Laing’s Knots, and several works which functioned as theatre games for community groups and schools.

In the mid-70s, Saunders became closely involved with Richmond’s Orange Tree theatre, a pioneering fringe company which premiered many of his subsequent works, among them Hans Kohlhaas (1973), Bodies (1977), Fall (1980) and Making It Better (1992), and his translations of works by Vaclav Havel.

Saunders’s film work included The Sailor’s Return (1978) and German director Michael Haneke’s adaptation of After Liverpool (1974). For television, he contributed to Play For Today, The Avenue and Country Matters and created Bloomers (1979), the last sitcom series starring Richard Beckinsale, who died suddenly as it was being completed. His later radio drama was particularly fine, notably Random Moments In A May Garden (1973) and Menocchio (1985).

When Audrey, whom he had married in 1951, died in 1993, Saunders moved to Eastleach, the beautiful Cotswold village where the family has had a house for nearly 40 years and where he wrote many of his plays. He enjoyed smoking a pipe, a well-kept beer, cats, crosswords, bramble jam, Bach, sausages and The Marx Brothers. 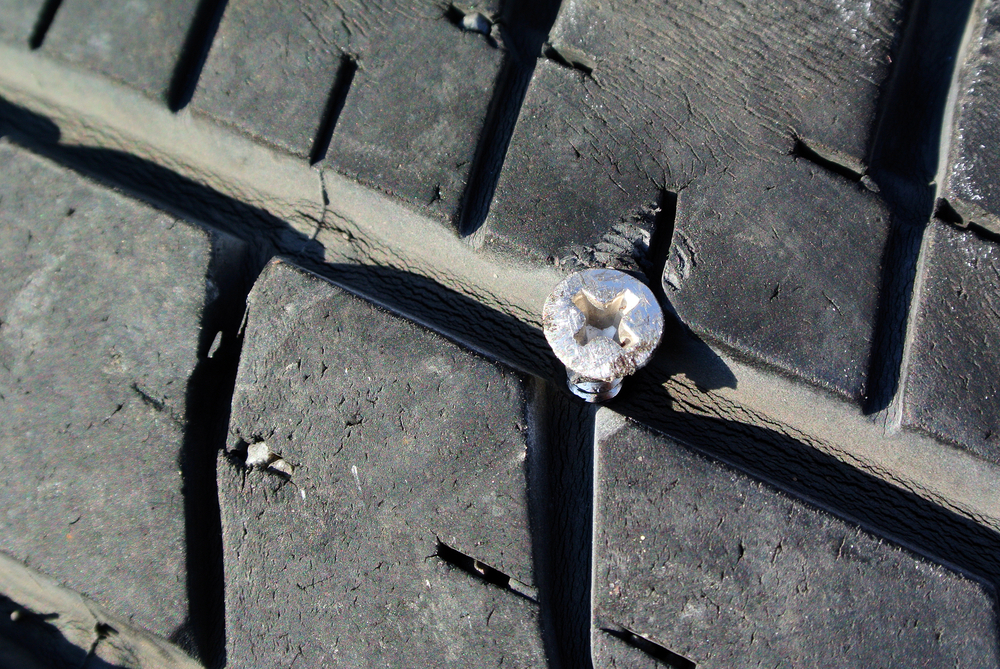 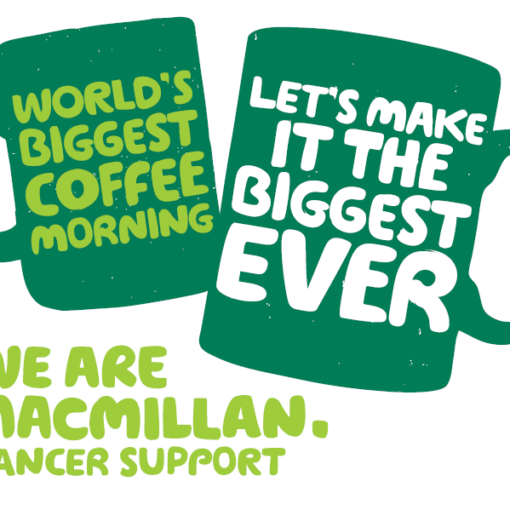 Please come along to my Macmillan, Coffee, Cake and Cards tomorrow Saturday 26th Sept from 10am – 4pm

In order to keep us all safe I am asking for just 2 persons at a time please so if you could call me on 01367 850808 to let me know roughly what time you would like to come over that will help. 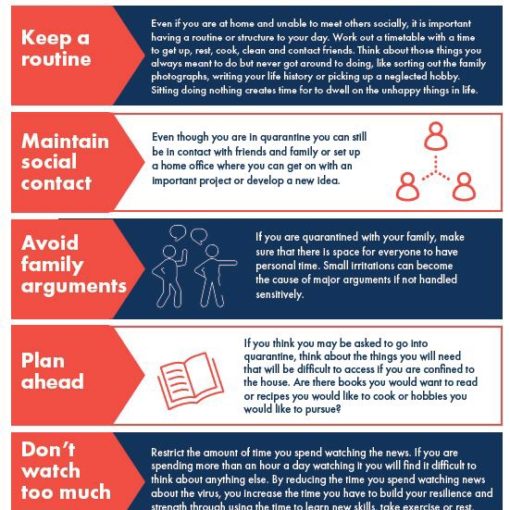 Helpful Advice Regarding Coping With Quarantine 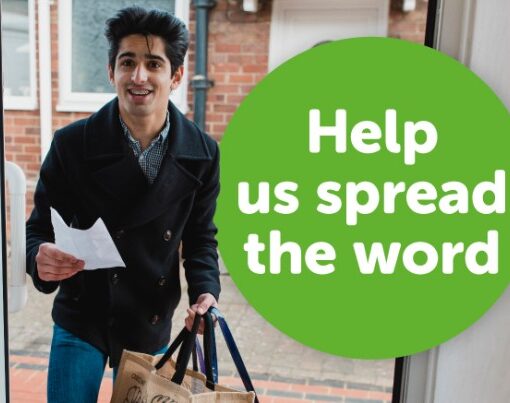