The History of the Bouthrop Candlelit Carol Service.
January 2016

Our ancient, redundant church has been described on the English Churches’ website as ‘a strong contender for 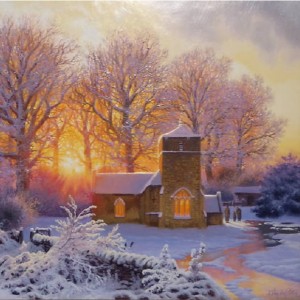 title of prettiest church in Gloucestershire’. Last month’s service was the 31st rendition. This article is based on conversations with various village stalwarts and a more formal interview with Jackie and Deryk Arkell, and various bits of google digging about the origins of our special candlelit carol service. It has been held every December since 1985, in St Michael and St Martin’s church, Bouthrop, and is followed by a fund raising Christmas drinks party in their barn.

At the turn of the century, there was an article in Country Living Magazine about the Bouthrop carol service entitled ‘O Come all ye Faithful’. It read:

“Once a year at Christmas, some of Britain’s most enchanting unused churches are brought back to life and opened for unforgettable carol services that continue a cherished link with the past. In the past 30 years, around one in 10 of Britain’s parish churches has shut their doors for good. In countless others, empty pews bear witness to dwindling congregations. But a handful of remote rural churches are bucking this trend. Many of them may be mothballed for 364 days a year but at Christmas you have to arrive early to get a seat. Their popularity is not due to happy-clappy evangelism or new age born-againers. It is far more ancient. It comes from a longing among country parishioners to maintain the rituals of centuries at the same altar as the villagers, whose names are too hard to decipher on the gravestones outside, did before them”.

(The word ‘atavistic’ springs to mind, but I couldn’t figure out how to weave it in here).

Having two churches, St Michael and St Martin’s in Eastleach Martin and, a minute’s walk away across the Keble clapper bridge, its sister church, St Andrew’s in Eastleach Turville, might mean we are spoilt for choice. However, the building of two churches in such close proximity eventually called for some tough decisions.

“In the late 1970s both of our ancient Eastleach churches, one on each side of the gin clear waters of the River Leach, needed urgent reroofing – a huge undertaking for such a small parish”.

(The reader may be interested to note that at the time of the last census, in 2011, Eastleach (we stopped being two villages and two parishes) generations ago comprised 306 souls, divided among 140 households. I think there were slightly more people living here back then, although the same number of buildings).

“The parish could not support both churches financially, so St Michael and St Martin’s, while still consecrated, was closed. There was never a question of its demolition or seeking an alternative use for the building, not least because of its historical significance; the hymn writer, John Keble, founder member of the High Church Oxford Movement, was a curate here from 1815 to 1825”.

The Oxford Movement was a philosophy held by High Church members of the Church of England, which eventually developed into Anglo-Catholicism. The philosophy, whose original devotees were mostly associated with the University of Oxford, argued for the reinstatement of some older Christian traditions of faith, and their inclusion into Anglican liturgy and theology. It incorporated ideas and practices related to the practice of liturgy and ceremony to incorporate more powerful emotional symbolism in the church. The group thought of Anglicanism as one of three branches of the One, Holy, Catholic and Apostolic Church.

Jackie picks up the story:

“Our last resident Priest in Charge, Douglas Argyle, negotiated with the Redundant Churches Fund, who agreed to take on the responsibility and care of Bouthrop Church”.

Since then, the Redundant Churches Fund has been more optimistically re-branded as ‘The Churches Conservation 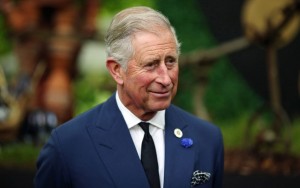 Trust’. Their mission is to conserve the past and regenerate buildings for the future, and to ensure that historic English churches are kept safe for future generations to enjoy. Since its establishment, in 1969, caring for English churches that no longer hold regular services, the Trust has saved 345 buildings which attract over 2m visitors a year. A glance at the visitors’ book in Bouthrop church will give you an idea of just how far some of them have travelled to see us. Not to mention Prince Charles, who has signed it twice! (Needless to say, those books have been archived for safekeeping, in case some autograph hunter got the urge to tear out the page).

Without the Trust, these irreplaceable buildings might have disappeared entirely, or their fate left to be decided by the elements, the thief, the vandal or the arsonist. Instead, many (including ours obviously) have once again become the focus of active community life. In these increasingly secular and self-absorbed times, these conserved churches offer a welcome, peaceful reminder of our heritage. 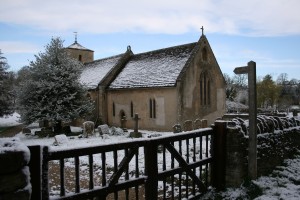 “It had been decided to keep St Andrew’s church for regular village worship, since it had had electricity installed, generously paid for by the Townsend and Honor families. The parish then raised the funds to reroof St Andrews. We didn’t want St Michael and St Martin’s to be unused and empty. So, with the Conservation Trust’s permission, the PCC organised the first carol service in Bouthrop in 1985 to celebrate the completion of the Trust’s wonderful work restoring it and to raise money on their behalf. The timing coincided with us reroofing our barn and installing a minimal electricity supply there. Little did we realise at the time how important and treasured an event in the village calendar the service would become. The Bouthrop candlelit carol service, followed by the barn party is a well-attended, pre-Christmas, community get together”.

“Back in the day, putting this service on was a serious undertaking, (and it still is!) as the building lacked electricity and heating and the Victorian harmonium is somewhat temperamental. However, the candlelit service appealed to the local’s imaginations and is now firmly established as an annual event in the calendar. On a cold winter’s night to watch people streaming out of the dark in the soft glow of the oil lamps to fill the church to overflowing is an extraordinary sight. The air is alive with anticipation”.

A harmonium or pump organ is a type of reed organ that generates sound with bellows. More portable than pipe

organs, reed organs were widely used in smaller churches and in private homes in the 19th Century, but their volume and tonal range are limited. Bouthrop, when the Trust took it on, had two such organs, one of which they removed, restored and placed in another church. The remaining one was eventually put in storage in the 1990’s as it was proving too susceptible to damp. Instead, the parish purchased an Allen electric organ from Coln St Aldwyns, who had been using it as a replacement while their original pipe organ was being restored. It needs to be connected to the Arkell’s electricity supply for any service. Apparently, it has very good tone, works very well with the acoustics in the church and is much appreciated by the Keble Choir when they come to visit. (Bouthrop is also used for a bi-annual commemoration service for John Keble, where members of the college choir come and sing for us).

Jackie picks up the thread:

“It’s a very good stir up for Christmas here. About 40 people are involved in some way, either gathering 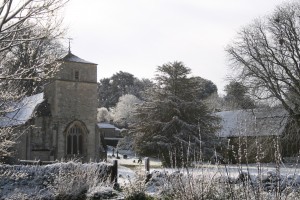 greenery to adorn the windowsills, decorating the church, polishing and hanging the old (and replacement, thanks to some thieving) oil lamps or preparing mince pies, sausage rolls and trays of sticky toffee apples for the get together held in our barn afterwards. The party is a useful fundraiser too, for although the Churches Conservation Trust pays for the upkeep, the villagers are keen to support the Trust’s work here and elsewhere. The church collection also raises money for the Fairford Cottage Hospital, with whom the funds are usually split, In some years, thanks to generous donations, we have taken over £1000”.

The decorating of the church starts a couple of days before, with the careful cleaning and refilling of the fragile lamps, and the gathering of armfuls of seasonal foliage from Stephanie Richards’ garden, used for making of wreaths to hang on the walls and a centre piece display for the old font, and creating arrangements for the alter and the porch, as well as buying the hundreds of candles for the congregation, and refreshing those placed on the window sills and mantelpieces in jam jars throughout the church. The majority of this is then left up for visitors to enjoy until 12th night.
The purity and simplicity of this short 45 minute traditional service (comprising 8 carols and 7 lessons) allows for the winter chill and the use of hand held individual candles. Now, over 30 years later, children who attended those early services, bring their own children. People arrive early to bag their seats, some as early as 5pm for the 6pm service, especially the elderly and those with children for whom standing is not an option, as the seating is limited for the number of people who wish to be party to this unique service. Every year there are upwards of 30 people standing in the back and in the entrance porch.

Thankfully, the new vicar, who, after taking the 2015 service, felt we needed a choir and better quality music, has changed his mind about making these changes. According to one villager, who has been heavily involved in helping to organise the service since the 80’s:

“Interestingly, the idea of having a choir for the carols has been discussed occasionally in the past. The fact that any choristers would take up extra space, which would further limit the congregation numbers, meant the thought was invariably rejected. It was always felt that the carol service was not a concert, but for the participation of the villagers, especially those who do not come to church regularly”.

Next year’s candlelit carol service will be no different. Regulars will be delighted to know that the traditional short form 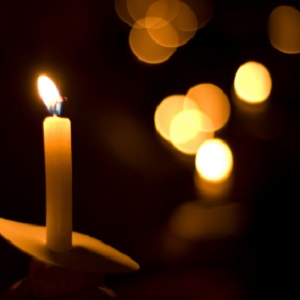 service at St Michael & St Martin’s will continue as it always has. And, hopefully, the wonderfully generous Deryk and Jackie Arkell will once again host their CCT fund raising party in their barn afterwards as always. Thus, I would like to raise a glass and proffer a huge thank you to Jackie and Deryk and all those literally hundreds of dedicated, far too-numerous-to-mention, parishioners who have worked so hard for the last 31 years to make our Christmas times in Bouthrop so unique, memorable and very, very special.

Eastleach has many other events during the year, find out more here. 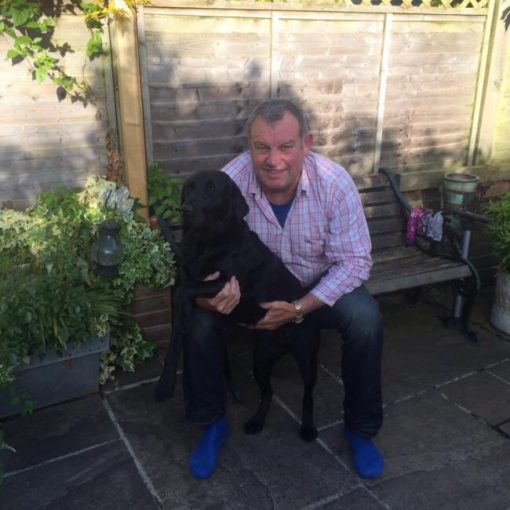 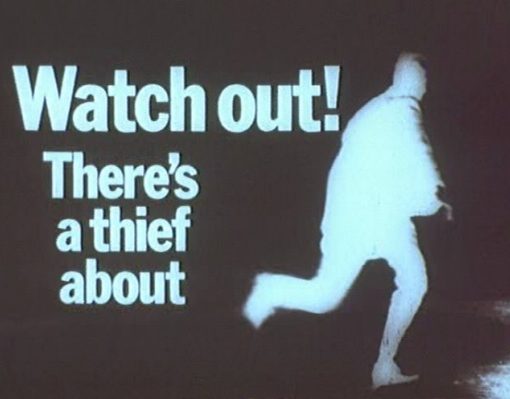 Please make sure that you lock up your garden tools securely in your shed or garage as there has been another theft in the village. 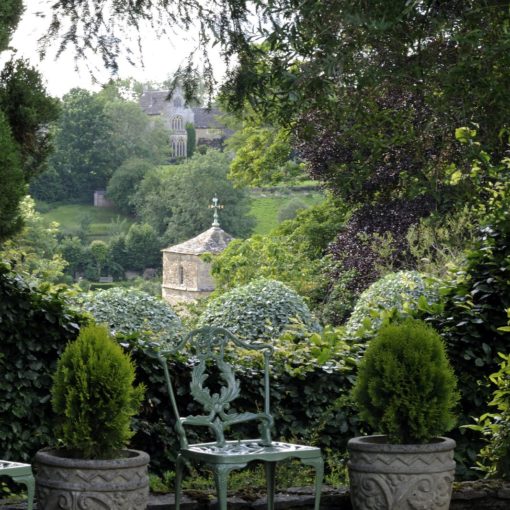 IN AID OF THE NGS, THE NATIONAL GARDENS SCHEME   The gardens at Eastleach House, Eastleach Martin, GL7 3NW will be open […] 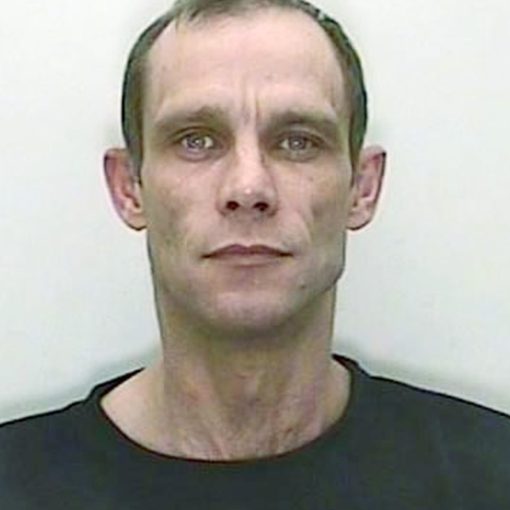 SHOCKWAVES swept through a sleepy Cotswold village as residents spoke of their horror after human remains were unearthed in a field near Eastleach. 31st March 2011.

One thought on “The History of Bouthrop Candlelit Carol Service”